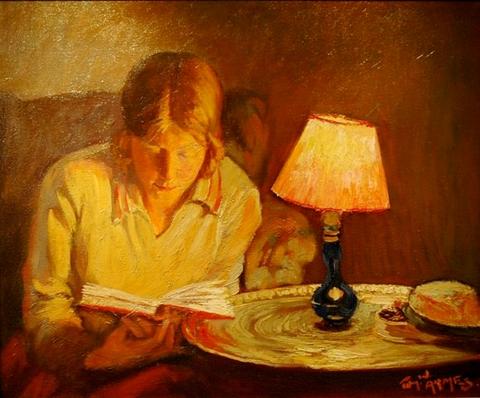 Was encouraged by Walter Dendy Sadler and then studied at Cambridge School of Art, in 1913 being awarded a scholarship to study in The Hague. When World War I broke out Armes joined the Army, served at the front in France and was eventually invalided out. Poor health was to plague his career. Settled in Chelsea in the 1920s and befriended by George Clausen Armes became a prolific artist, showing at RA and RBA and taking private pupils. After a chest operation prior to World War II, during which Armes served in the Home Guard, he chose to settle with his wife Myra in Sheringham, Norfolk, where the climate was more congenial.

He completed posters for British Railways and the local council and had three solo shows at Norwich Assembly House, in 1953, 1958 and 1960. In 1975 his widow showed Armes’ work at the Little Gallery, which she had opened after his death. It became the Westcliffe Gallery and gave him a retrospective in 1990.