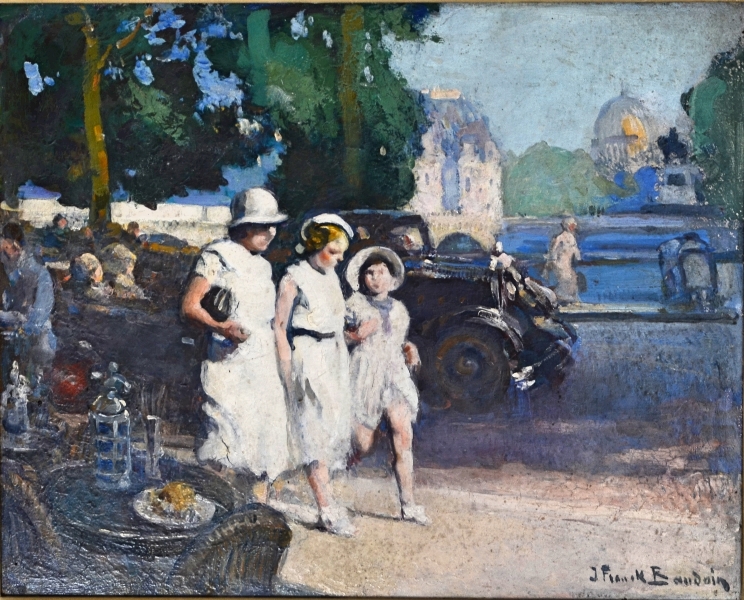 Born at St.Martin de Re, an island off La Rochelle, on the 26th August 1870, into an artistic family, his father being a sculptor with a studio in Paris. The family having moved from Paris during the war of 1870. As a young man, he was sent to live with an uncle in Paris, where he studied with Rousseau, bouguereau, Robert-Fleury, Baschet and Royer. He was greatly influenced by Monet, Pissarro, Degas and Van Gogh.

Baudoin developed his own post-impressionist style, a master of composition, light and colour. In 1927 at an exhibition of his work at Galerie Charpentier, the French State acquired for the nation, his ‘Le Pont St Michel et Notre Dame’.