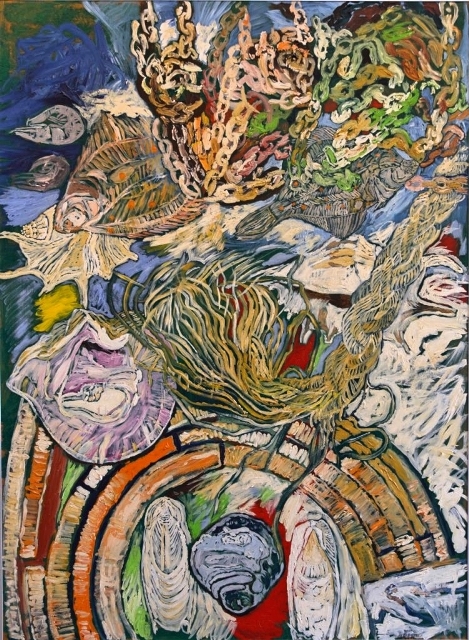 Private Collection, acquired from the Artist Note: Peter Davies, author of 'Bratby', believes the painting to have been conceived prior to Bratby moving to Hastings in the late 1970's, when looking for a new home on the South Coast with Patti. 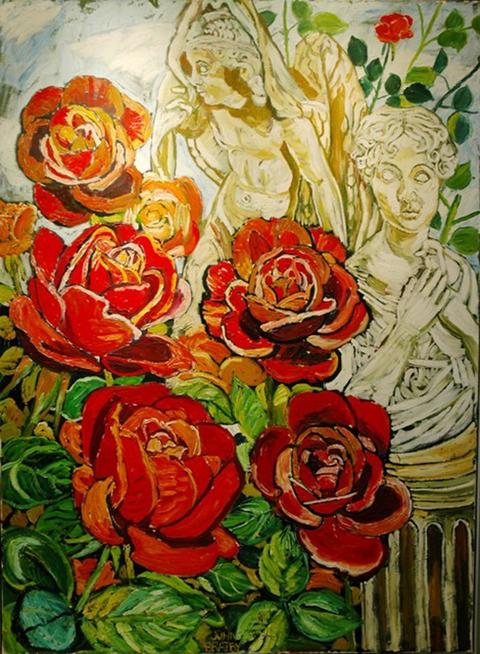 Cupid and Psyche in Rose Garden 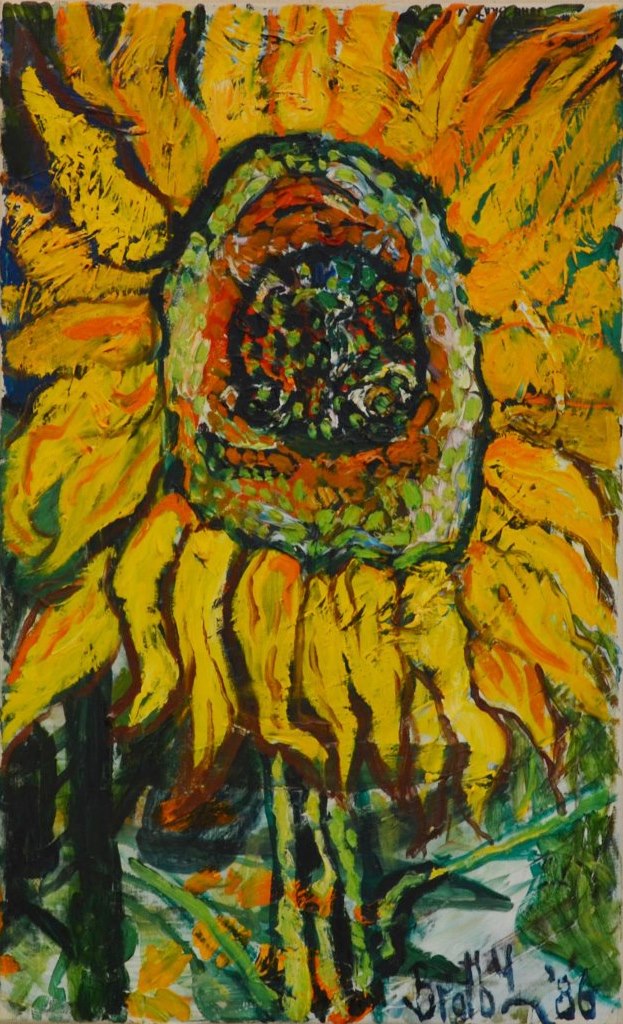 Through the 1950s Bratby regularly showed at Beaux Arts Gallery in solo exhibitions, the first being in 1954. He won Abbey Minor, Italian Government and Royal College of Art Minor Travelling Scholarships in 1954, the following year receiving a prize in the Daily Express Young Artists Competition.

Bratby taught at Carlisle College of Art, 1956, then at Royal College of Art, 1957-8. He represented Britain at Venice Biennale in 1956 and gained the Guggenheim Award, and in 1958. In that year he was commissioned to paint the pictures for the film of Joyce Cary’s novel The Horse’s Mouth. He wrote his own first novel, Breakdown, 1960.

Bratby was a prolific exhibitor, having painted over 1,500 portraits alone by 1991, when a retrospective was held by National Portrait Gallery, which holds his work. In the same year there was a solo show at Albemarle Gallery and the Mayor Gallery included him in The Kitchen Sink Artists Revived, which drew attention to his
1950s pictures. There was another solo show at Sue Rankin Gallery, with a retrospective at The Catto Gallery in 1997. Bold images, thick paint and primary colours were Bratby’s trade-marks.