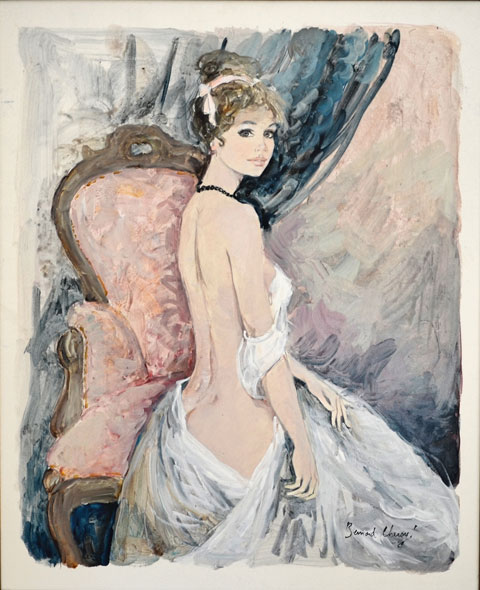 Born 1931 in the Lorraine district of France to a family of artisans. He showed an early gift for draughtsmanship and creative talent, developing throughout his teenage years.

In 1955, he attended, Atelier Dejoie in Butte Montmartre, initially studying lithography and later oil painting. Between 1960 and 1974, Charoy’s work had been noted and was in great demand by French and international newspapers and magazines. Portraits of de Gaulle, Churchill and Mao, featured among his work of this time. He was commissioned to provide the illustrations for the French translation of Alexander Solzhenitsen’s ‘Gulag Archipelago’.

Throughout, Charoy, preferred the freedom that oil painting gave him. Returning to his native Lorraine to paint. Whilst an accomplished landscape painter, it is really his understanding and execution of the human figure and in particular the ‘eternal female’ that he will be best remembered and for which his work is prized.