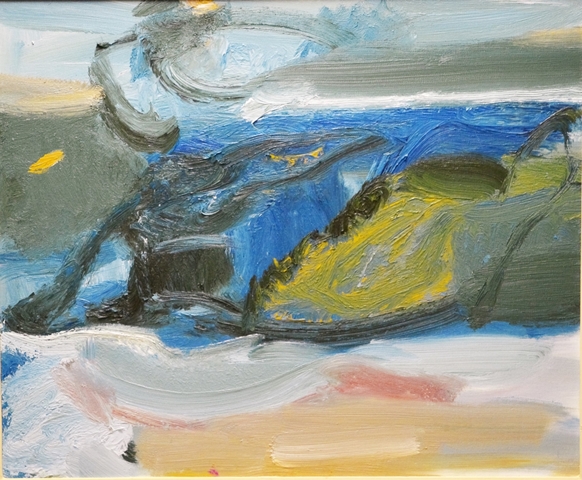 Maurice Cockrill studied at Wrexham School of Art and the University of Reading between 1960 and 1964. He lectured full time in the Faculty of Art at Liverpool Polytechnic from 1967 to 1980 and was a visiting tutor at Schools of Art in Manchester, Portsmouth, Farnham, Winchester and Nottingham between 1982 and 1985. He went on to become a Visiting Tutor at the Royal College of Art and Central School of Art from 1985 to 1988. He was Visiting Tutor at Saint Martins School of Art from 1984 to 1994. In 1995 he was Artist in Residence at GOFA University of NSW, Australia, and was Visiting Tutor at the Royal Academy Schools from 1994 until 1998. Cockrill became Keeper of the Royal Academy Schools in 2005.

Cockrill??s first solo exhibition was held in 1984 at the Edward Totah Gallery in London. He rapidly established an international reputation, with subsequent solo exhibitions being held at the Kunstmuseum, Dusseldorf in 1985 and with the Bernard Jacobson Gallery both in London and New York. A retrospective of his work (1974 to 1994) was held at the Walker Art Gallery, Liverpool in 1995 and a further retrospective was held at the Royal West of England Academy in 1998. Cockrill??s work has also been included in many group exhibitions throughout Europe and in Australia and he is represented by Galerie Helmut Pabst, Frankfurt; Galerie Bugdahn und Kaimer, Dusseldorf; the Galerie Vidal-Saint Phalle, Paris and the Annandale Galleries, Sydney.

Cockrill was a Prize Winner in the John Moores Liverpool Exhibition in 1974. Subsequent awards include Arts Council of Great Britain, Flags and other Projects (prize winner), Royal Festival Hall (1977), an Arts Council of Great Britain Major Award which led to an extended visit to the United States (1977-78) and the Arts Council Works of Art in Public Spaces (1978-9). He also received a British Council Award in 1985 and was Short listed for the Jerwood Prize in 1994.