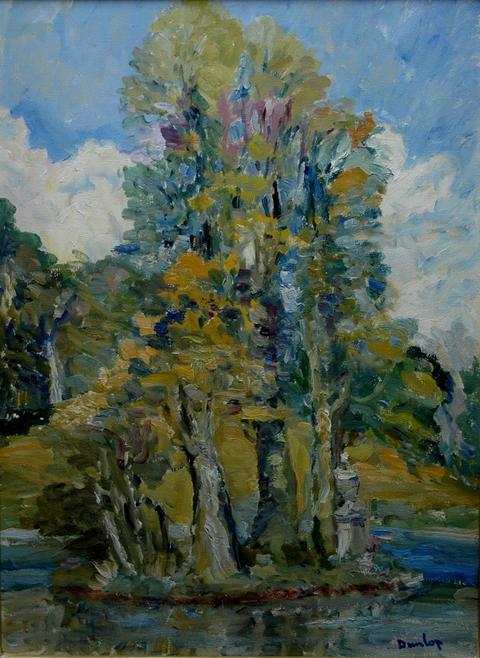 Private Collection, acquired from the Artist. 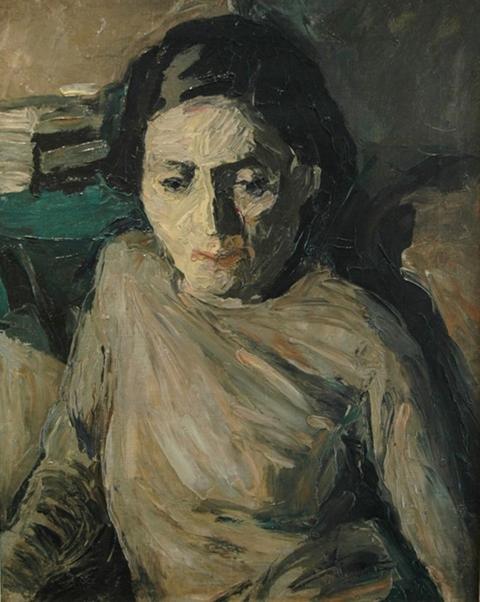 Ronald Ossory Dunlop was born in Dublin in 1894. His mother, Eleanor Dunlop (n?àe Fitzpatrick) was a watercolour artist and his father, Daniel Nicol Dunlop (1868-1935), was a great friend of W. B. Yeats, James Stephens and George Russell, or ‘‚àÜ’. Together Yeats, ‘‚àÜ’ and Daniel Nicol Dunlop published The Irish Theosophist from the home of Eleanor’s father, the Shakespearean scholar R.H. Fitzpatrick.

Thus the young Ronald Ossory grew up surrounded by the seminal figures of the Irish Literary Renaissance, in an atmosphere that smacked peculiarly of mysticism and spiritualism. The Dunlop family moved to New York in 1899, then London three years later. From here, they made the annual pilgrimage back to Dublin during Horse Show week, with Dunlop’s father returning to London clutching two or three more ‘‚àÜ’ canvasses each time.

Dunlop trained in art in London, associating with a group of young artists who all exhibited at the Hurricane Lamp Gallery in Chelsea. In 1928 the group published a journal called Emotionism, with Dunlop supplying a rather vague manifesto (“Art is the expression of the essence of life”), a poem, and an illustration of one of his paintings, ‘The Fish Market’.

Dunlop soon expanded his exhibiting circle, showing with the NEAC and later with the RA and the RBA. He also maintained his Irish connections, returning periodically to paint in Dublin and submitting a number of works to the RHA in the 1940s and 1950s.

Examples of his paintings can be seen in the Crawford Gallery, Cork, and the Tate Gallery and National Portrait Gallery, London