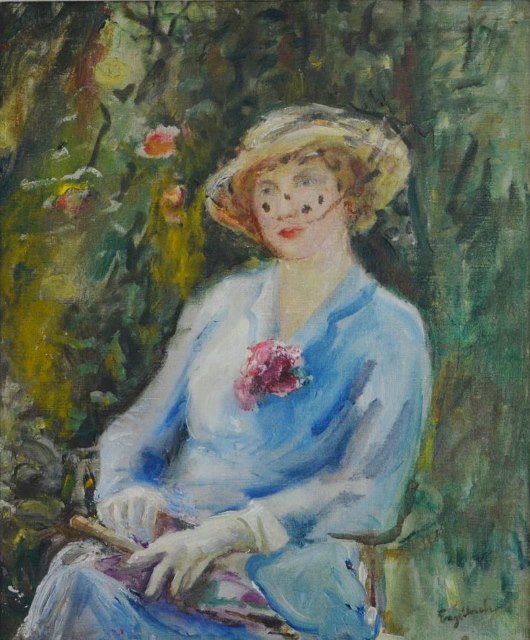 Studied at Westminster School of Art, at the Slade School of Fine Art, in the mid-1890s, with Fred Brown, then in Paris. Began exhibiting under her unmarried name of Neumegen, but after marriage early in the century ceased painting, to bring up her children, resuming about 1930.

Tate Gallery holds her work. Engelbach’s interest in flower painting was inspired by her Warwickshire garden after she had returned to the easel having brought up her family. She also painted good landscapes and delicate, atmospheric nudes. Lived latterly in London.