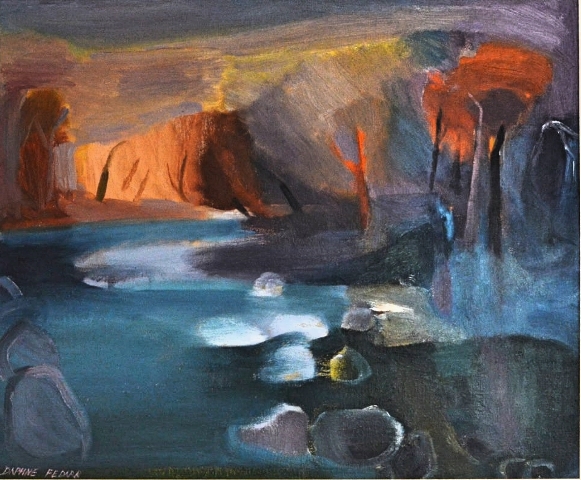 Painter, born in London, who married the artist Ernest Fedarb, and whose daughter Paulette was also a painter.

She studied at Beckenham School of Art, 1928-30,
Slade School of Fine Art, 1931-4, then at Westminster School of Art, 1936-9, where Mark Gertler taught her painting and Bernard Meninsky drawing. She married Ernest Fedarb in 1932 and in 1935 they had a joint show at Fine Art Society.

Daphne Fedarb won first prize in the Laing Landscape Competition, 1981, and a second prize in 1983, and gained the RBA De Laszlo Medal in 1982. Lived in Nackington, Kent