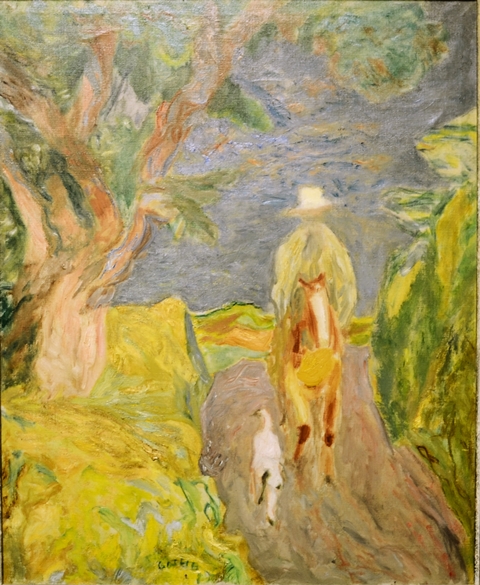 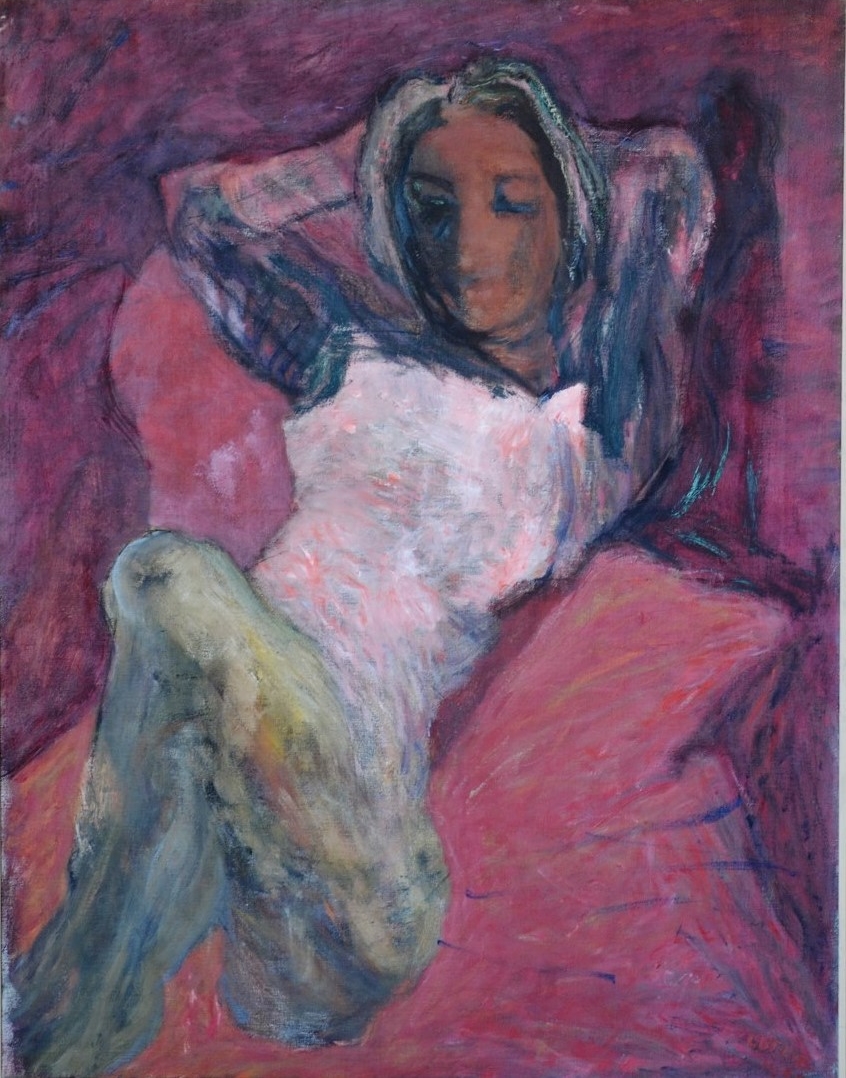 Studied at the Academy of Fine Art, Cracow, later in Munich, Amsterdam and Paris. Had first one-man show in Warsaw in 1918, a year later returning to Cracow, where he became leader of advanced Formist movement.

Early in the 1920s Gotlib had shows in Berlin and Amsterdam, then during the rest of the decade he lived mainly in France. Early in the 1930s he travelled extensively in Europe but exhibited in Poland and took part in Polish shows overseas.

In 1934 returned to Cracow where he continued to write, then to broadcast on art. Having travelled to Cornwall just before World War II, he decided to remain in England where he began to exhibit, notably one-man shows with Roland, Browse and Delbanco in the 1940s. Later solo shows were held with O’Hana and Crane Kalman.

The Arts Council acquired The Boat in 1961, the Gulbenkian Foundation two pictures in 1962. Gotlib’s book, in English, ‘Polish Painting’ appeared in 1942, and ‘The Travels of a Painter’, earlier commissioned by a Polish publisher, in 1947. Gotlib’s early work was much influenced by Bonnard, tinged with Kandinsky’s mysticism.

An exhibition was held at the Scottish National Gallery of Modern Art, 1970, with tour; another at Morley Gallery, 1971; Boundary Gallery, 1988; and Connaught Brown, 1996. Lived in South Godstone, Surrey.