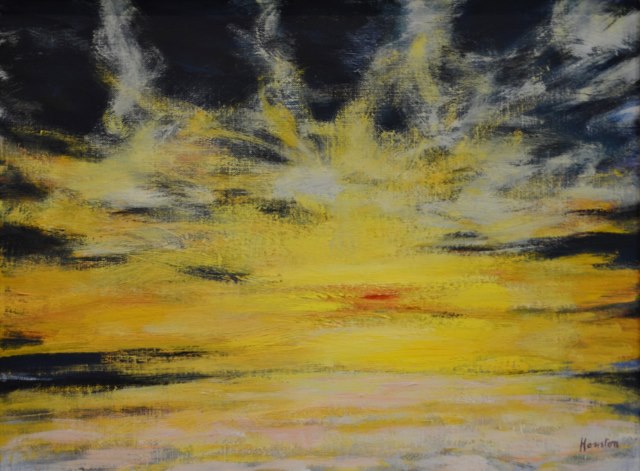 Painter and teacher, born 1930 at Buckhaven, Fife, he was married to the artist Elizabeth Blackadder. Houston studied at Edinburgh College of Art from1948-54, spending his final year in Italy on a scholarship, he later returned to teach at the College. In 1957 he helped found the 57 Gallery in Edinburgh, holding his first solo show there in 1958. Other shows were held at the Scottish Gallery in Edinburgh and numerous solo exhibitions in London at Mercury Gallery over many years. He was a keen traveller and exhibited widely abroad, thus adding to his international reputation. A member of the RSA and RSW, he was elected RSA in 1972. His landscapes are noted for their Expressionist quality and bold use of colour, Munch being a key influence. His work is held by Scottish National Gallery of Modern Art.