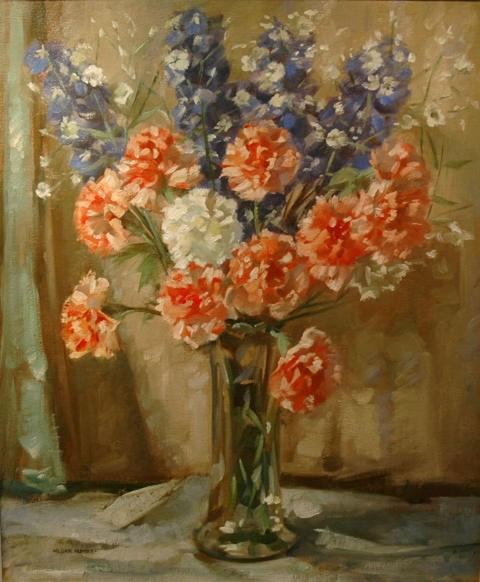 Painter, mainly in oil, born and lived in Glasgow.

Studied at Glasgow School of Art under Newbery and Greiffenhagen. Helped by a travelling scholarship, he visited many European cities
and studied for a time in Brussels under Artot. He assisted Greiffenhagen and Anning Bell in painting murals.

Exhibited extensively at Royal Glasgow Institute of Fine Arts as well as at the RA., R.S.A., ROI., G.I., in the provinces, at the Paris Salon and in North America. Principal works include The Bubble Reputation, Cockatoo, Blue and Gold and Coquette.