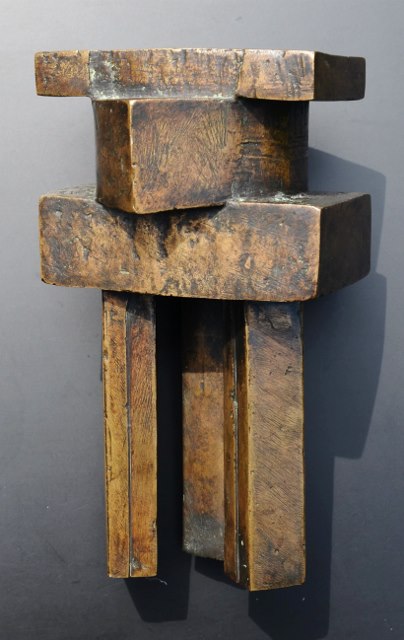 Betty Parsons Gallery, New York, 1964 together with original Bill of Sale. To be included in the forthcoming Catalogue Raisonne, as 'transitory piece that informs much of the work created during the rest of the decade'.

Kipp’s early work in the 1950’s was geometric, plaster reliefs and cast bronzes. Later moving to large, geometric welded structures, composed of elements that emphazed the vertical. Later he used primary colours to reinforce shape. Kipp was a founder member of ConStruct, the artist owned gallery that promoted and organised large-scale sculpture exhibitions throughout the United States.

Instrumental in the development of the Primary Structure Style and Minimalist Movement, popular in the mid-sixties and seventies. Kipp’s work has had much international acclaim with exhibitions at the Guggenheim Museum, Museum of Modern Art, New York. His work is held in many public institutions, including Smithsonian, Washington D.C., Whitney Museum of American Art, New York and Philadelphia Museum of Art.