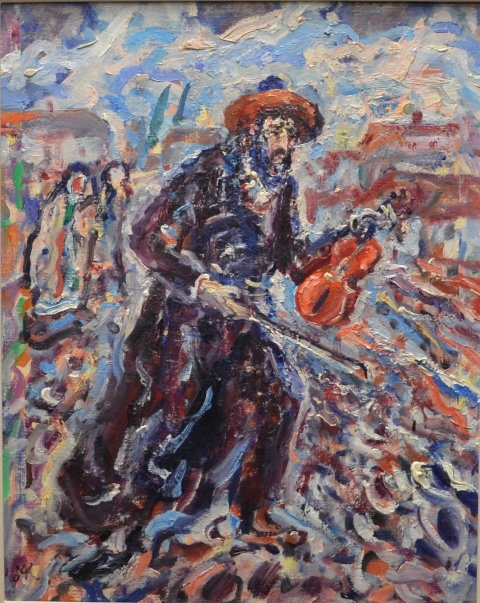 Painter and writer, born in Kosow, Poland, whose early training was in the studio of Stainislaw Batowski.

First one-man exhibition in 1936 at Zacheta Gallery in Warsaw, brought him immediate success, the author Zofia Kossak-Szczucka, became a collector, buying the first picture sold at the exhibition.

He read philosophy and history at University Lwow. After active service in World War II he painted in Scotland, then London, chronicling the life of the city, also painting widely in Spain.

As a young impoverished artist he had the good fortune to inherit the estate of the artist Dame Ethel Walker. Dame Ethel in her seventies had met the young artist and had seen the promise in his work and unknown to Kratochwil had made him her beneficiary.

In 1961 he married the artist Kathleen Browne, assisted in the running of her school and late in life published a perceptive monograph on her work.

In 1970 the National Museums of Warsaw and Krakow aquired a number of paintings for their permanent collections.

British Museum, Victoria & Albert Museum, Scottish National Gallery of Modern Art and several foreign collections hold his work. He shared a retrospective with his wife at Polish Cultural Institute in 1994, showing his drawings of life and places on Poland’s pre-war eastern borders.