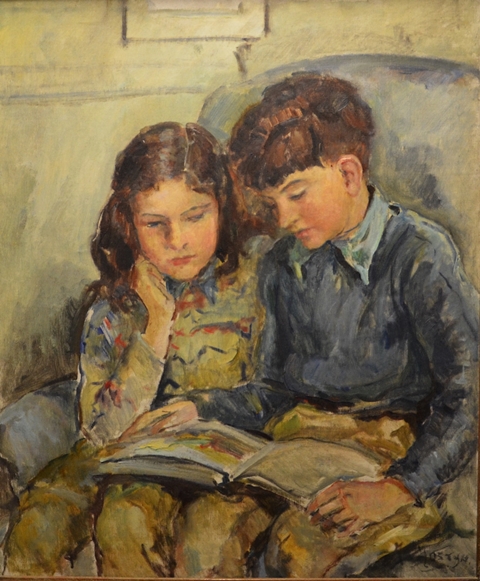 Marjorie MOSTYN 1893-1979 Painter, daughter of the artist Tom Mostyn, and married to the artist Leonard Fuller.

After private education she attended the St John’s Wood School of Art under Leonard Walker, then the Royal Academy Schools, 1912-15, where her teachers included John Singer Sargent and George Clausen. She won silver and bronze medals and gained a British Institution Scholarship for painting in 1915. Settled with her husband in St Ives, Cornwall, in 1938, where he opened the St Ives School of Painting, which he ran until his death in 1973, when she took it over.

She was a founder-member of the Penwith Society of Arts in 1949 as well as being a member of the St Ives Society of Artists and the Newlyn Society. Exhibited RA, RCamA, of which she was a member, RP and elsewhere. Lived in St Ives