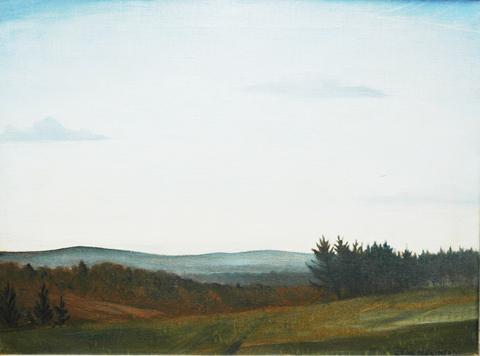 Painter of landscapes, figures and interiors, printmaker and writer, born in London, son of the writer H W Nevinson.

He studied painting at St John’s Wood School of Art, after leaving Uppingham School, with the intention of going to Royal Academy Schools; then abandoned that aim for Slade School of Fine Art, 1908-12; after which he went to Paris and studied at Academie Julian and Matisse’s Cercle Russe.

Nevinson’s entertaining autobiography, Paint and Prejudice, of 1937, is very good on these bohemian years. He also studied lithography at Central School of Arts and Crafts under Ernest Jackson. Was closely associated with Marinetti and Futurism and was represented in Vorticist Exhibition in 1915, as well as showing with Friday Club, AAA and was a founder member of LG.

Nevinson was invalided out of Army during World War I but become an official war artist in 1917, producing some of the starkest images of the conflict, which have Vorticist/Futurist overtones.

His first one-man show of war paintings, at Leicester Galleries, in 1916 was a great success. After the war Nevinson found a suitably modern subject in the cityscape of New York. He continued to travel; joined the RBA, RI and NS; and became a Chevalier of the Legion d’Honneur in 1938. Died in London and had memorial show at Leicester Galleries, 1947. Tate Gallery and Imperial War Museum hold his work.