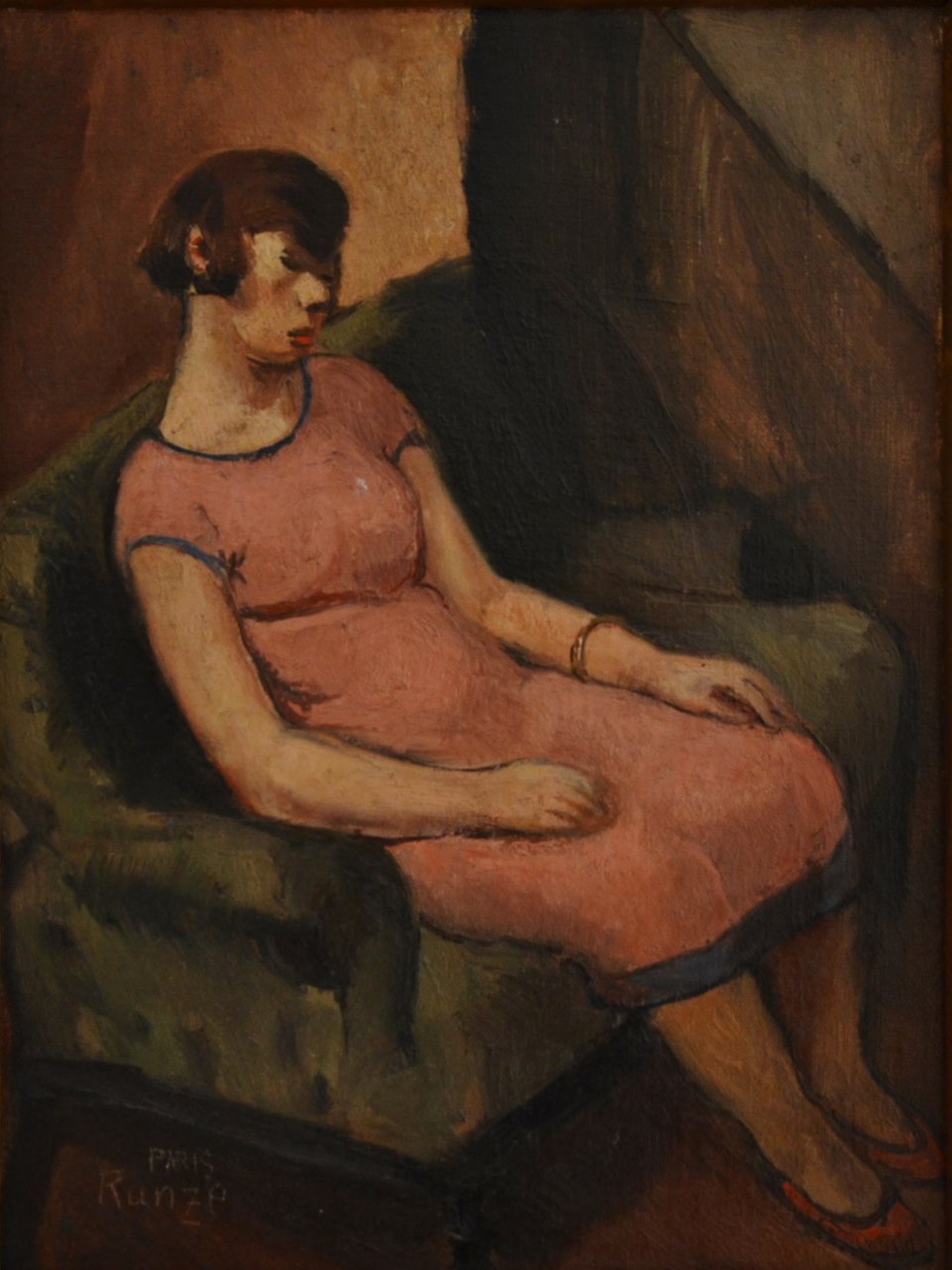 Oil on Canvas laid to board

Portrait, landscape and genre painter born 4th June 1887 in Frankfurt, Germany. He attended the prestigious Stadelschule, established in 1817 by the bequest of Johann Friederich Stadel, who also established the world famous Stadel Museum He was a pupil of W A Beer and O Seitz. Later in 1927-8 he attended the Academy Colarossi in Paris. These influences were responsible for Runze’s darker expressionist works as here in ‘DARNE’ (prostitute) painted in Paris in the early 1930’s.