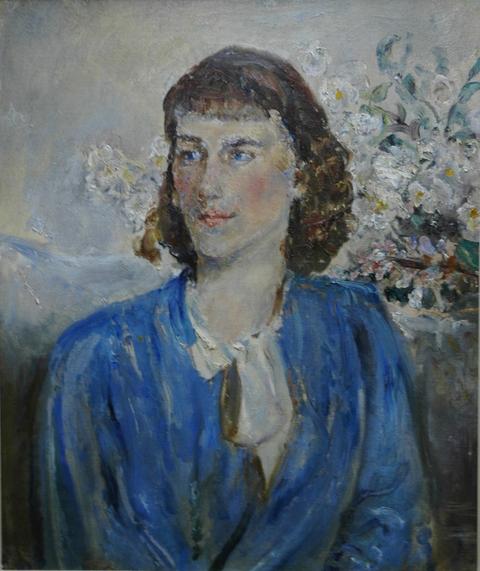 Isabel - Portrait of a Girl in Blue

Painter, especially of portraits of women, seascapes and flowers, in a style influenced by Impressionism. Born in Edinburgh, she attended the Ridley School of Art and Putney School of Art, in the early 1880s.

After a private study trip through Spain and France, where she was impressed by the work of Velazquez and Manet, she studied briefly at the Westminster School of Art with Fred Brown, in 1892, transferring to the Slade School of Fine Art, until 1894, to which she returned several times during the period 1912-22.

Also studied part-time at evening classes with Walter Sickert and with James Havard Thomas, the sculptor. Although she had begun exhibiting at RA in 1898 and at the NEAC two years later, she did not have her first one-man show until 1927, at the Redfern Gallery.

She became Dame Ethel Walker in 1943. Her work is in many public collections, including the Tate Gallery, which holds a wide range of her pictures. Lived in London and Robin Hoods Bay, yorkshire.