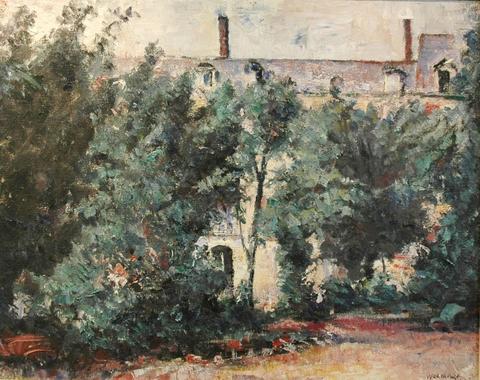 Painter and multi-talented designer, born in Warsaw, Poland, travelling to settle in England with his parents as a small boy in 1883.

Among Wolmark’s designing jobs were designs for two Diaghilev ballets, in 1911; stained glass window for St Mary’s Church, Slough, in 1915; and decorative pottery for an exhibition in 1916 at Martyn’s Gallery. Towards the end of his life he showed extensively in one-man exhibitions at Ben Uri Gallery, which gave him a memorial show in 1961. Fine Art Society had a substantial show in 1970. Work in collections of Tate Gallery, National Portrait Gallery and in many provincial galleries.