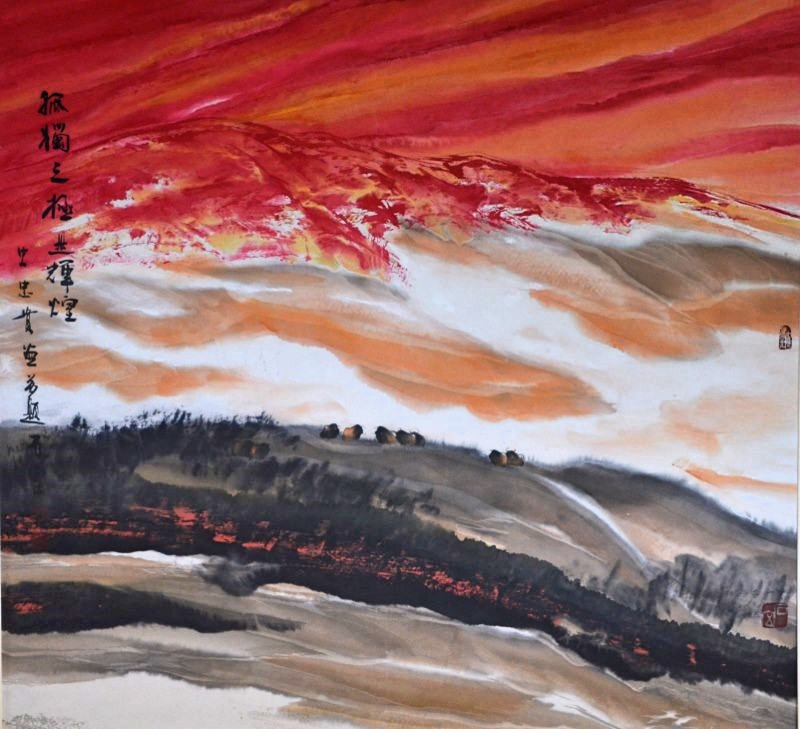 Painter, philosopher and poet, Shi Zhong Gui was born in 1954 in Chengdu, Sichuan Province, in western China. At the age of only 16 he became a professional painter and in 1973 had his first solo exhibition in Hangzhou. In 1978 he studied traditional Chinese painting at the Sichuan Academy of Fine Arts. At this time he was also writing poetry and published a number of books.

In 1994 the Sichuan Museum nominated Shi Zhong Gui as one of its official artists and in 1996 he was appointed Professor at the College of Arts at Sichuan University. Since 1999, when he had his first exhibitions in Paris and Geneva, Shi Zhong Gui’s work has also been well received in Europe. In 2000 he was made a Member of the Academie des Arts-Sciences-Lettres de France and won the 2000 Grande Medaille de Vermeil, the first Chinese artist ever to win this award.

2003, an art-book ” Selected Works Of Shi Zhong Gui ” was published by Sichuan People Publishing House in Chinese, English and French. The Paris mayor wrote a letter personally to Mr Shi in his appreciation upon reading this art-book. In the same year, a set of stamps for Shi Zhong Gui was issued by China Postal Bureau. This set of stamps has 16 pieces and every stamp has a photo of Shi Zhong Gui.

Shi Zhong Gui’s paintings in Chinese ink and colour on rice paper evoke the vast expanses of Western China. Figures of yaks silhouetted against the skyline give an idea of the scale of the landscape, while skies in bold brushstrokes of vivid colour create a sense of natural drama. The landscape encompasses marshland, home to flocks of migrating birds, and the high grasslands where only the song of the wind can be heard. Shi Zhong Gui depicts the landscape from dawn to dusk and at different seasons of the year, from icy blue winter scenes, to the melting snows and new flowers in springtime in Tibet, to the warmth of summer days on the high plateau. His paintings have a sense of space and tranquility.