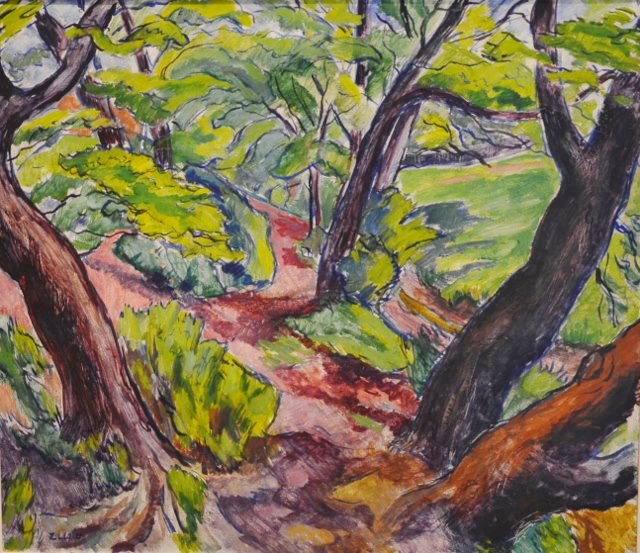 He studied art at Central School of Arts and Crafts and then from 1927-30, under Sir William Rothenstein at Royal College of Art.

Ziegler was an excellent draughtsman and taught drawing and painting at St. Martin’s School of Art. He also taught art history at Morley College, London. He gave of his time to the Workers’ Educational Association in the East End of London.

There were numerous exhibitions of his work in London and the provinces, including, Adams Gallery, 1935; Leger Gallery 1938 and Ben Uri Gallery in 1950. The Ben Uri also held a retrospective in 1955 and works by Ziegler are in their permanent collection.

He was an active and prominent member of the Chelsea Arts Club.